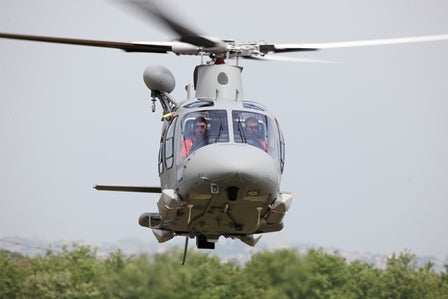 The Philippine Navy has received three of five AgustaWestland AW109 Power helicopters from Italy at Villamor Airbase, Pasay City in the Philippines.

Earlier this year, Philippine Navy pilots and air crewmen underwent six-month training at Cesto Calende in Italy and are on their way to Sangley.

The first three AW-109 helicopters is scheduled to be commissioned by the Philippine Armed Forces on 21 December, while the remaining two aircraft, the armed version, are due to be delivered in the first quarter of 2014.

The helicopters, worth PHP1.33bn ($30m), will be under the control and supervision of the Naval Air Group and will be operating from the Philippine Navy’s BRP Gregorio del Pilar (PF-15) and BRP Ramon Alcaraz (PF-16) vessels.

Capable of accommodating two helicopters each, both vessels were acquired by the Philippine Navy from the US.

In November, AgustaWestland was awarded a contract for the supply of AW109 Power lightweight, multi-purpose helicopters to the Philippine Air Force (PAF).

Equipped with a dedicated mission package and equipment, including a combination of weapon systems, the PAF’s AW109 Power helicopters are scheduled to be used for homeland security, armed reconnaissance and close air support (CAS) missions.