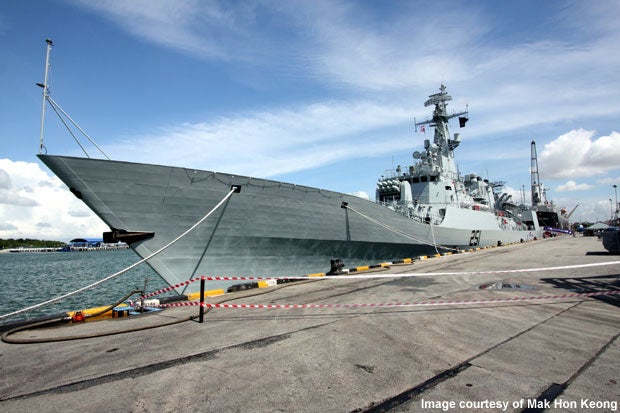 Delivery of the frigate follows successful completion of all required harbour and sea trials.

The 2,500t multi-mission Sword-class frigates can be deployed for air defence of a force operating at sea or in convoy, interdiction of hostile surface combatants, commerce raiding, patrolling, protection of the exclusive economic zone (EEZ) and undertaking heliborn operations.

Powered by four main diesel engines, the F-22P vessels can operate in multi-threat environments and are armed with long-range surface-to-surface and surface-to-air missiles to attack multiple targets simultaneously.

"The F-22P vessels can operate in multi-threat environments and are armed with long-range surface-to-surface and surface-to-air missiles to attack multiple targets simultaneously."

The first three F-22P frigates, PNS Zulfiqar, Shamsher and Saif, were built in China under a $750m technology-transfer agreement signed in 2005, aimed to bolster the Pakistan Navy’s combat capabilities.

Designed with support from Damen Shipyards, the Pusher tugs are capable of cruising at a speed of 10k, and can safely handle submarines in harbour.

The navy has also signed an agreement with KSEW to manufacture a 15,000t capacity fleet tanker, while a fast attack missile craft and a 32t tug are currently under construction.