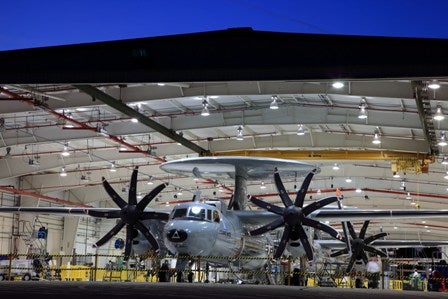 Electronics Group of Orbit International, through its Orbit Instrument Division, has received a follow-on order worth more than $480,000 to supply mission control data entry devices for the US Navy’s E-2D Advanced Hawkeye aircraft.

Delivery of the devices is expected to begin in the first quarter of 2014 and continue till the second quarter of the year.

In addition to this, the aircraft will also provide over-the-horizon radio relays, perform long-range surveillance and search-and-rescue.

"Initial plans call for 75 new E-2D Hawkeye aircraft to enter duty in the near future and we are currently expecting a multi-year award of approximately $2m during the first quarter of 2014 and additional follow-on awards for several years to come," Binder said.

The company, which has been involved in the E-2 Hawkeye program since 2000, has provided data entry devices for the E-2C aircraft and since 2011 for its latest version, the E-2D aircraft.