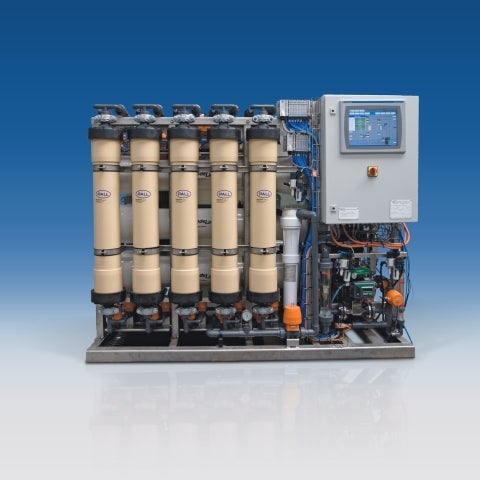 The US Navy has awarded a multi-phase project contract to Pall to design and develop an energy-efficient advanced shipboard desalination system that will help the service to effectively conduct operations in coastal waters.

Coastal sea water usually contains greater concentrations of suspended solids, as well as contaminants such as biological and organic.

Vince Northfield, Pall Aerospace president, said: "Our engineers and scientists will bring the experience of developing and commissioning hundreds of membrane systems worldwide to this project."

Under the task order, the company will design a customised, automated water treatment system that will lower navy’s energy and maintenance requirements, while producing increased volumes of fresh and clean water.

Divided into three phases, the first six-month phase of the project will focus on designing a solution that can generate 4,000gal of potable water per day.

During the year-long second phase of the programme, a prototype system will be developed and tested on land, while the final 18-month phase will involve testing a fully compliant system on a naval ship for six months.

In a bid to help navy to meet its efforts in reducing usage of chemicals on ships, the system will include Pall’s hollow-fibre microfiltration (MF) and reverse osmosis (RO) membranes, which are capable of generating clean water from several water sources, including open sea, coastal areas, rivers, and harbour areas.

Generally, military vessels require water treatment systems that will help them in meeting clean water demand regardless of participation in active manoeuvres or heading back to shore.