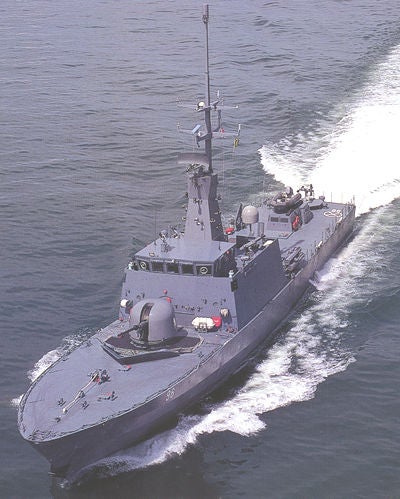 The Royal Navy of Oman has selected Raytheon Anschuetz’s Integrated Bridge and Navigation Systems (IBNS) for installation on its four new Al-Ofouq-class offshore patrol vessels (OPVs), which are currently under construction.

In addition to delivering an entire new-generation IBNS to the navy, the company has also been contracted to provide instructors, operators and maintenance support personnel with complete documentation and training.

The scalable IBNS, which is already deployed on commercial platforms, has been designed with standard hardware to offer flexibility and adaptability on any size or type of military naval vessels in supporting various missions requirements.

"The new Al-Ofouq-class OPVs are fitted with weapon systems and will be used by the navy to conduct activities related to national maritime security missions."

Featuring a standardised human machine interface, IBNS’s enhanced functionality of the multifunctional workstations enables crew to carry out operations on the bridge from any workstation.

Singapore Technologies Marine was contracted by the Oman Navy in 2012 to design, develop and build the four OPVs to replace its existing ageing inshore patrol boats.

Scheduled to be deployed across the exclusive economic zone of Oman, the new Al-Ofouq-class OPVs are fitted with weapon systems and will be used by the navy to conduct activities related to national maritime security missions.

Equipped with a flight deck to operate helicopters or drones, the 75m-long patrol vessels are capable of cruising at a top speed of 25k.

Construction on the first patrol vessel is scheduled to begin later this year, while all the four vessels are planned to enter service with the Oman Navy between 2015 and 2016.