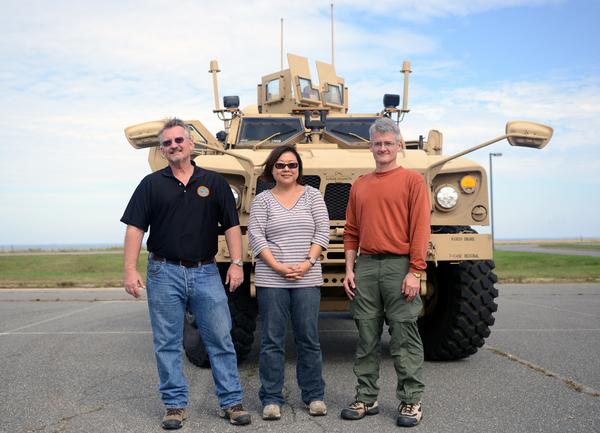 The new mobile communications system, known as the network on the move (NOTM) command and control system, has been developed by Christine Liou and Tom Staley from Space and Naval Warfare Systems Command (SPAWAR) Pacific for both ground and air tactical vehicles.

During the ground-based testing, the NOTM system demonstrated its capability inside a mine-resistant ambush protected (MRAP) vehicle.

"If we lose connectivity between two ground vehicles, we can use a helicopter as a relay to heal a broken network on the ground."

In addition to conducting late developmental testing of a new 50W amp for the radios, the trials intended to validate the system for automated healing of a broken digital communications network between ground vehicles through airborne node.

Designed to provide extended capability for command and control networking and data transfer applications in non-line-of-sight situations, the NOTM system forms a part of a staff vehicle kit and can be loaded onto aircraft and ground vehicle platforms and integrated into a flight certified rack.

"If we lose connectivity between two ground vehicles, we can use a helicopter as a relay to heal a broken network on the ground," Moncrief said.

Team members from NACRA, MARCORSYSCOM and SPAWAR also tested distance limitations while meeting all the objectives during the two-day testing.

Image: team members during the testing of NOTM system. Photo: courtesy of US Navy.