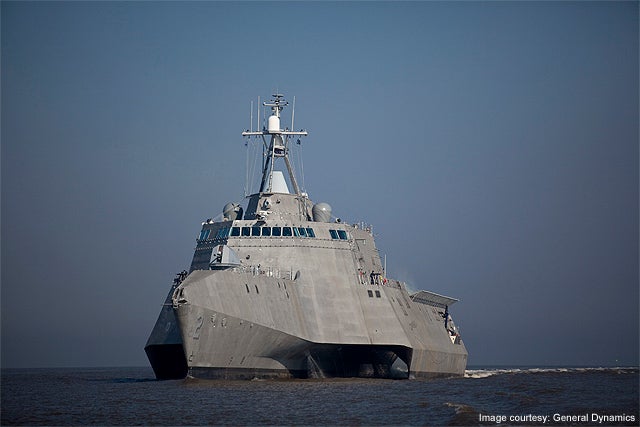 The US Navy has awarded a contract to Northrop Grumman to provide engineering and production planning services for surface warfare and mine countermeasures mission module components in support of its littoral combat ship (LCS) programme.

Under the $28m contract, Northrop will team up with the US Navy Program Office to ensure that the mission package components are integrated with other LCS systems and US Navy networks where LCSs operate.

The mission packages will be used to merge manned and unmanned systems, which operate in air, surface and subsurface applications.

"The mission packages will be used to merge manned and unmanned systems, which operate in air, surface and subsurface applications."

The LCS is a fast, highly manoeuvrable, networked surface combat ship and can operate in littoral waters to counter potential asymmetric threats such as coastal mines, quiet diesel submarines as well as terrorists on small, fast, armed boats.

Designed to meet the urgent requirement for shallow draft vessels, the high-speed combat ship can cruise at a speed of 40k.