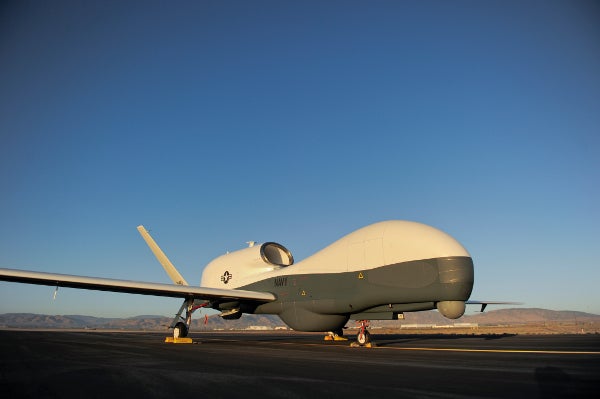 Northrop Grumman has introduced the first MQ-4C broad area maritime surveillance unmanned aircraft system (BAMS UAS) for the US Navy at its facility in Palmdale, California, US.

Duke Dufresne, Northrop Grumman Aerospace Systems sector vice president and general manager for unmanned systems, said that the MQ-4C Triton UAS was a BAMS UAS programme’s key element that represents the future of naval aviation and a strategic element of the US Navy.

"Their efforts will enable the BAMS system to provide the fleet a game-changing persistent maritime and littoral intelligence, surveillance and reconnaissance capability."

The navy is planning to buy nearly $12bn worth of MQ-4Cs, including five test aircraft, while the first MQ-4C aircraft is expected to be operational in 2015.