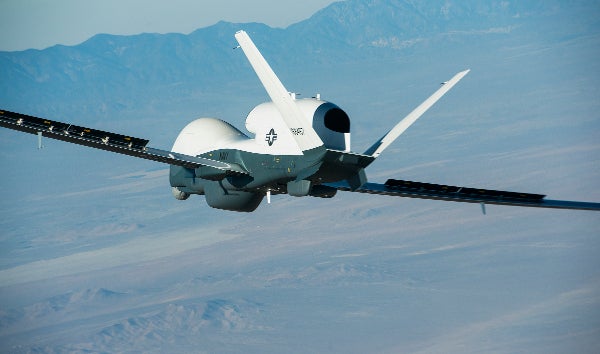 Northrop Grumman is conducting risk-reduction trials of multi-function active sensor (MFAS) in preparation for its deployment on to the US Navy’s Triton unmanned aircraft system (UAS) aircraft.

During the testing off the California coast, the company has installed the MFAS aboard a Gulfstream II surrogate aircraft to demonstrate the radar’s 360-degree view capability in ocean and coastal regions.

Northrop Grumman Triton UAS programme director Mike Mackey said the team will assess how an operator sees data while tasking the system in flight, by using information gathered by MFAS radar in real and simulated environments.

"Surrogate flights have allowed us to mature the MFAS radar’s capabilities and merge the data with information received from other sensors and equipment that will also be used on Triton," Mackey said.

The primary sensor on the US Navy’s Triton UAS, the MFAS is active, electronically and mechanically scanned array radar and has been designed to support maritime surveillance missions.

"These development tests will demonstrate the range, resolution and speed at which MFAS can detect different targets," Mackey continued.

"Surrogate flights have allowed us to mature the MFAS radar’s capabilities."

Complementing the new P-8 Poseidon maritime multi-mission surveillance aircraft, the Triton UAS will replace the aging patrol aircraft for the US Navy.

Northrop will install the MFAS, after its completing its flight tests through the end of this year, on its first test Triton aircraft in the spring of 2014, followed by further onboard testing.

Once installed with full sensor suite, the Triton UAS can monitor up to 2,000nm at a time while the mission operator on the ground will receive the MFAS radar data along with other onboard information.

The US Navy is planning to procure 68 Triton UAS while Northrop is under contract to develop the MFAS through 2016.

In preparation for installation on the Triton UAS aircraft, the company has conducted more than 25 flight tests of the sensor for the US Navy.