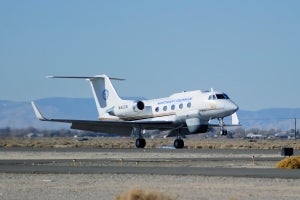 The radar has been mounted onboard a Gulfstream II test-bed aircraft based in Palmdale, California, US for the flight test.

Flight testing will take place in three phases that include radar integration, mode integration and refinement, and data collection over the next several months wherein each phase will validate the radar’s capabilities and modes to provide a persistent common picture of maritime surface traffic.

The MQ-4C BAMS UAS is the naval version of the US Air Force’s RQ-4 Global Hawk aircraft and is designed to support various Navy’ missions when operating independently or in collaboration with fleet assets.

In November 2011, the radar successfully completed ground station testing at the company’s Electronics Systems facility in Norwalk, Connecticut, US.

Northrop had also installed landing gear and wings on the airframe of the first MQ-4C BAM UAS at the company’s facility in California, US.

The navy is planning to procure MQ-4Cs, including five test aircraft, worth nearly $12bn while the first MQ-4C aircraft is scheduled to be operational in 2015.