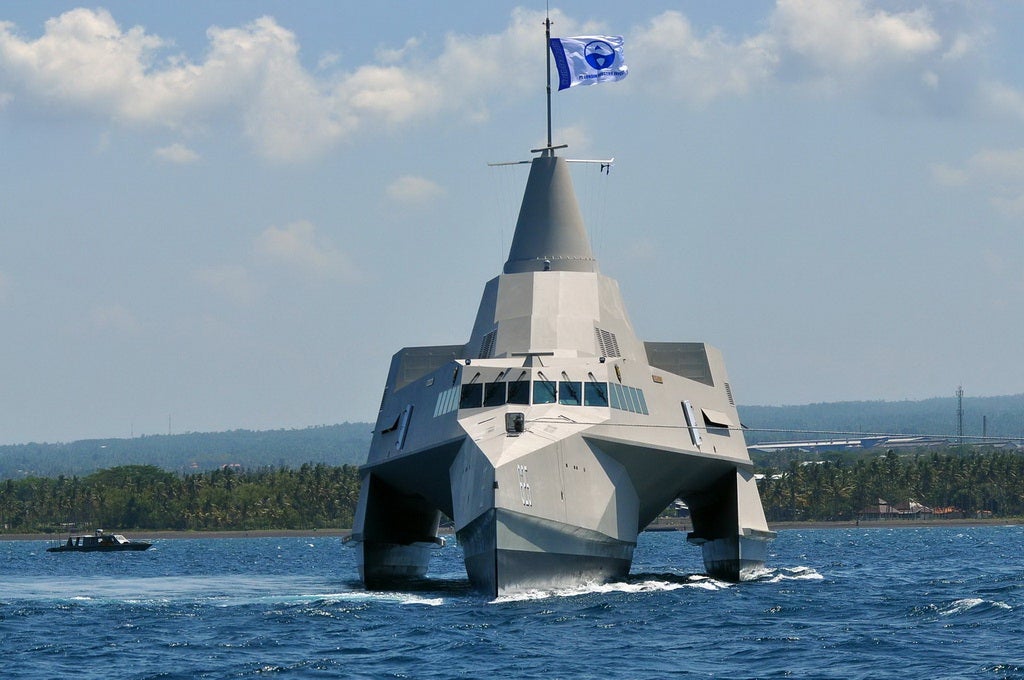 North Sea Boats has successfully launched a new carbon fibre trimaran vessel, named KRI Klewang, for the Indonesian Navy at Banyuwangi, Indonesia, becoming the first time advanced warship building technologies has been used by countries outside the US and Europe.

The new warship is the result of a 24-month research, design and development collaboration and represents a combination of several technologies into a single platform.

"The vessel can carry a crew of 29 on three internal decks and includes equipment for Special Forces troops deployment."

Capable of operating in adverse weather conditions, the vessel has a range of more than 2000nm and is powered by four MAN Marine diesels, paired to MJP 550 water jets.

Providing stability and shallow draft, the vessel can carry a crew of 29 on three internal decks and includes equipment for Special Forces troops deployment, as well as an 11m high-speed 50k RIB.

Offering stable weapons platforms, Trimarans can be equipped with various missile systems, including eight Type-705, RBS15, Penguin or Exocet, and 40-57mm naval guns, or a close in weapon system (CIWC).

The use of numerically controlled milling machine technology for the frigate enables high levels of assembled part accuracy.

The frigate is scheduled to undergo extensive sea trials and tests in October following the completion of construction.

KRI Klewang is expected to enter service with the Indonesian Navy in 2013 for patrolling the littorals.