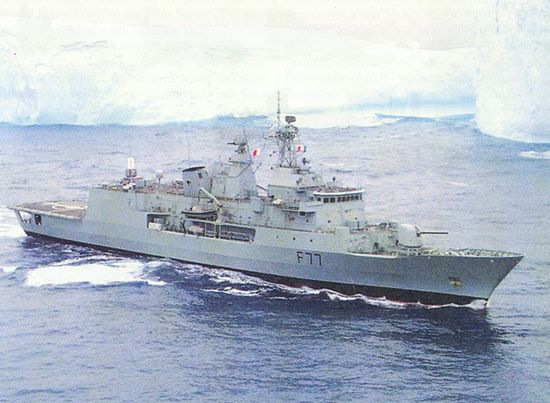 The weapons and sensor systems integrated onboard the two frigates require a mid-life upgrade as they were designed in the late 1980s, Coleman said.

Designed to extend the operational life of Tenix Defense systems-built Te Kaha and Te Mana frigates for another 15 years, the upgrade programme seeks to replace hardware and software of the combat management systems of the ships and the self-defence missile system.

"This will address issues of obsolescence with the ships technology, as well as ensuring the vessels are a credible capability, which can operate in the South Pacific and wider Asia Pacific region," Coleman added.

The two ship's propulsion and close-in weapon systems have already been upgraded.

"This will address issues of obsolescence with the ships technology, as well as ensuring the vessels are a credible capability, which can operate in the South Pacific and wider Asia Pacific region."

The New Zealand Ministry of Defence (MoD) will float a request for tender in early 2013, while cabinet had already approved a detailed business case for the programme.

Requiring no additional finance, the project will be funded by depreciation and savings from within existing baselines combination.

Designed with an expected service life of about 30 years, HMNZS Te Kaha and HMNZS Te Mana multi-purpose, medium-size surface combat ships were commissioned in 1997 and 1999 respectively.