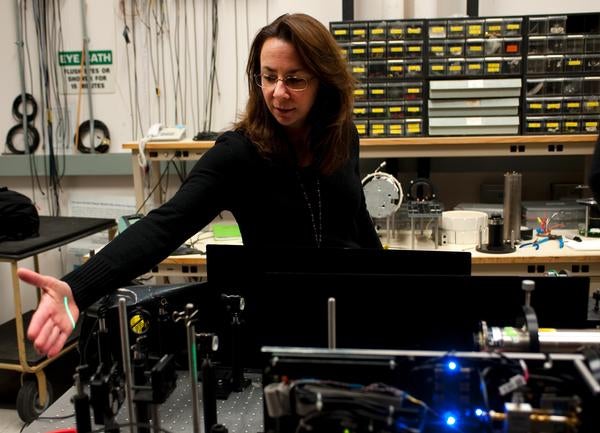 The new approach for underwater optics involves encoding a laser with a radar signal for improved image quality, which could enhance fleet activities, such as detecting underwater mines and seafloor mapping.

Mullen said that the laser has been programmed with information about how it scans the object.

"The light reflecting off the object and the surrounding environment contains all the information needed to accurately create an image," Mullen said.

The remote receiver, which could be airborne, shipboard or on another underwater stand, translates the radar-encoded laser light information collected wirelessly from the transmitter, while the image processor will decode the digitised signal into an image.

"The light reflecting off the object and the surrounding environment contains all the information needed to accurately create an image."

The separate platform approach can also be used aboard a smaller platform, allowing the light source to get closer to the object without stirring much sediment.

Image: Dr Mullen demonstrates the use of laser in underwater optics. Photo: courtesy of US Navy.