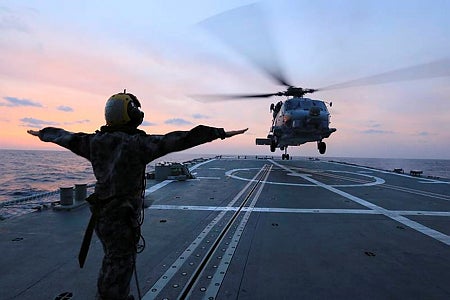 Australia had placed orders with BAE Systems for the construction of the two amphibious ships as a part of Australian Defence Force’s (ADF) broader amphibious deployment and sustainment system.

As a subcontractor to BAE and serving as the design authority, Navantia is responsible for the construction and installation of hulls for both amphibious ships for the ADF.

In addition to supporting humanitarian missions, the 230m-long LHDs will be used by the navy to transport military equipment and aviation units.

Capable of carrying combined armed force of more than 1,100 personnel, 100 armoured vehicles and 12 helicopters, the LHD ships have a displacement capacity of 27,500t and feature a 40-bed hospital.

The superstructure, combat and communications systems will be integrated with the hulls in Australia at the BAE Systems shipyard in Williamstown, Victoria.

“The 230m-long LHDs will be used by the navy to transport military equipment and aviation units.”

The first LHD, HMAS Canberra is scheduled for delivery to RAN in January 2014, while HMAS Adelaide is due to be commissioned in June 2015.