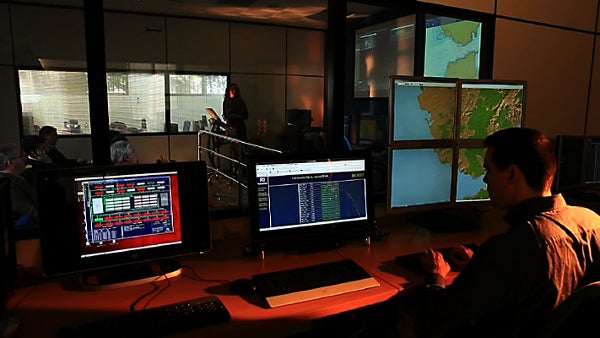 During the demonstration, the radar validated its air and sea tracks management capability in addition to the assignment of surface tracks as gun fire support to be engaged through gun control system.

The radar features dual-target gunfire support mode to provide use of medium-calibre guns without an electro-optical or radar tracker and the rapid update rate provides high-explosive projectile detection with tailored waveforms.

The modern suite of Electronic Counter-Countermeasures (ECCM) will increase jamming resistance and interference while supporting combat management system with sophisticated data, correlating the primary and secondary radar plots/tracks within its own radar tracker.

The TRS-3D can be used as stand-alone radar for the special requirements of smaller ships operating in coastal waters and also on frigates and larger ships as the main squadron and self-defence radar.