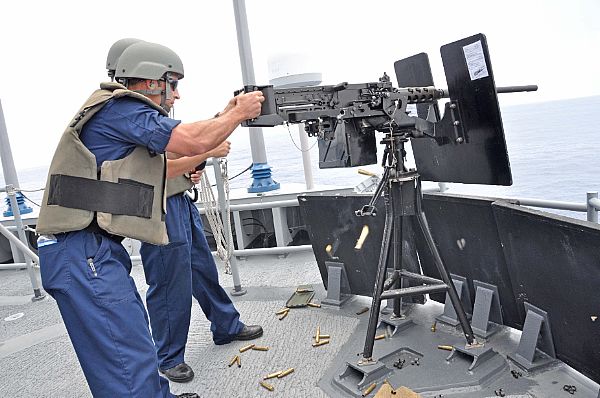 Hosted by the Colombian Navy, the exercise involved naval forces from Brazil, Canada, Chile, Colombia, the Dominican Republic, Honduras, Peru, the UK and the US, as well as observers from Belize, El Salvador, Germany, Jamaica, Panama and Mexico.

USS Rentz (FFG 46) commanding officer commander Lance Lantier said: "This was a robust schedule of events, packed with a myriad of warfare areas that stressed the multi-national forces and their ability to interoperate and work together towards common goals."

"Personnel from the allied nations carried out full spectrum of maritime operations, which include electronic warfare, anti-air warfare and air defence."

The drill, which involved about 19 ships, has tested command and control of forces at sea as well as trained participating forces in a variety of high-end maritime scenarios.

In addition, the drill provided maximum opportunity for the personnel operating as a multinational force to enhance interoperability.
US Naval Forces Southern Command and US fourth fleet commander, Rear Admiral Sinclair Harris, said that the UNITAS exercise aims to build confidence among the participants and enable them to quickly respond to a region or global crisis.

"The training objectives of each one of the participating navies were incorporated during several planning conferences conducted before the exercise, allowing this year’s UNITAS to provide effective training to increase interoperability while supporting the training requirements of all participating nations," Harris said.

The UNITAS 2014 exercise is expected to be conducted in spring 2014 and will be hosted by the Mexican Navy.

Image: A sailor aboard USS Rentz fires a 50-caliber machine gun as part of UNITAS 2013 drill. Photo: courtesy of US Navy.