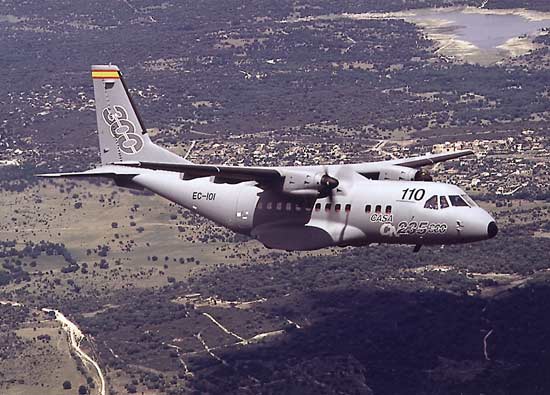 The Mexican Navy has awarded a contract to EADS North America to provide logistics support and service (CLSS) to the four CN235-300 maritime patrol aircraft (MPA).

Under the contract, EADS will provide field service representatives for on-site technical support, management of parts and depot maintenance to the Mexican Navy.

The Navy has taken delivery of four Airbus Military CN235-300 MPA aircraft in 2011 and 2012 as part of a US Coast Guard-managed foreign military sales contract.

Based on the airframe as US Coast Guard’s HC-144A Ocean Sentry, the aircraft is fitted with forward-looking infrared (FLIR) system and search radar that enables locating and tracking of ships while supporting thorough coastline patrols.

"EADS will provide field service representatives for on-site technical support, management of parts and depot maintenance to the Mexican Navy."

Featuring automatic identification system and the fully integrated tactical system (FITS) to support military surveillance missions, the CN235-300 MPA will improve Mexico’s ability to support the Mérida Initiative, a cooperative security arrangement between the US, Mexico and Central American countries.

FITS has been designed to display the data gathered by a comprehensive battery of sensors to the two tactical operators to help execute their mission.

The contract has one base year and four one-year options.