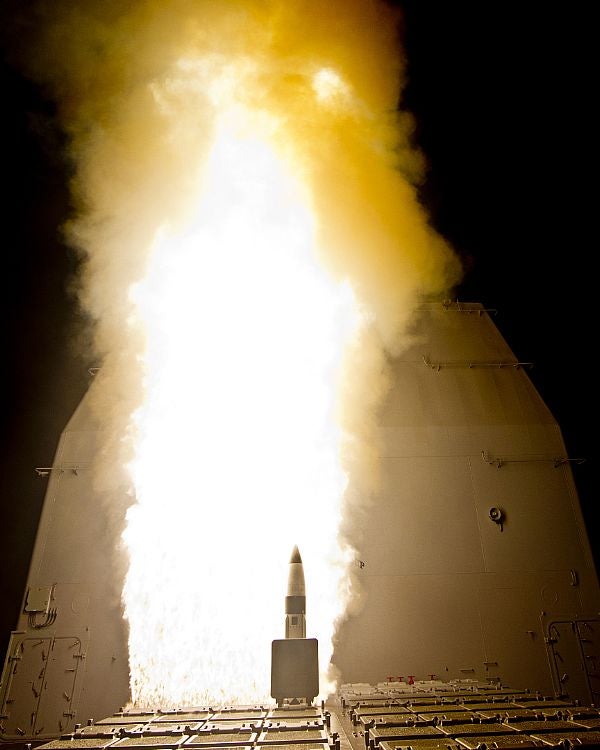 The Missile Defense Agency (MDA) has awarded a contract to Raytheon for the assembly and delivery of Standard Missile-3 (SM-3) Block IB missiles.

Under the $218.5m contract, the company will deliver 29 SM-3 Block IB missiles for use aboard the US Navy ships.

The missile can also feature a throttleable divert and attitude control system, which uses short bursts of precision propulsion to guide the projectile and destroy the incoming short, medium and intermediate-range ballistic missile threats.

"The SM-3 missile provides protection against short-to-intermediate-range ballistic missile threats in the midcourse phase of flight."

The SM-3 missile is deployed on Aegis cruisers and destroyers to provide protection against short-to-intermediate-range ballistic missile threats in the midcourse phase of flight.

SM-3 Block IA missiles are currently installed on Kongo-class ships, which are in service with the Japanese maritime self-defence force (JMSDF).

The missile's guidance sections and guidance units will be developed at Raytheon missile systems space factory in Tucson, Arizona, while final assembly will be performed at Raytheon's Redstone missile integration facility in Huntsville, Alabama.

To date, more than 155 SM-3 missiles have been delivered by the company to the US and Japanese navies on schedule and within budget.