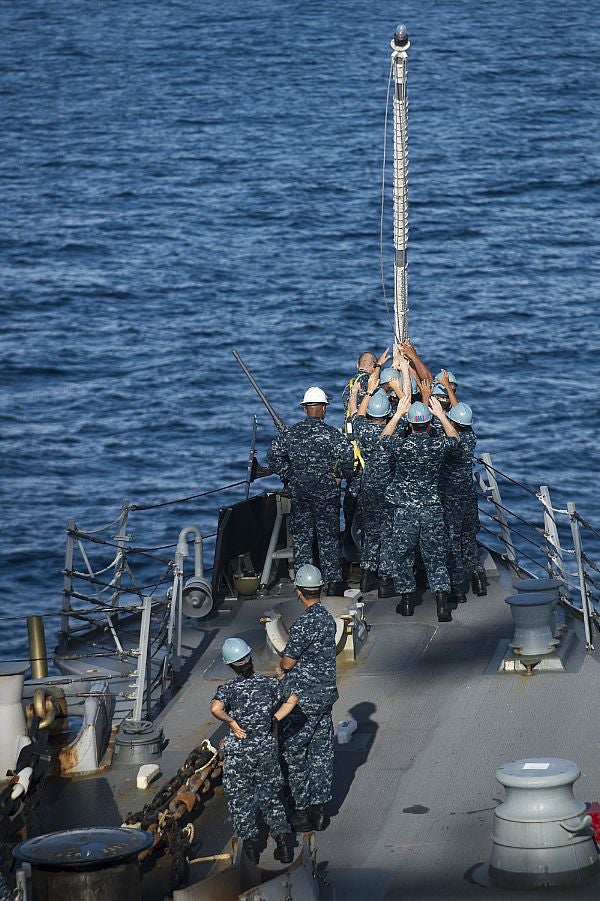 Indian and US naval forces have begun the joint Malabar 2013 naval exercise, intended to increase interoperability while enhancing the cooperative security relationship.

During the bilateral naval field training exercise, the naval forces will undergo training both ashore and at-sea.

The ashore training, scheduled in Chennai, India, will include professional exchanges on maritime patrol, reconnaissance operations and anti-submarine warfare operations.

Scheduled to be conducted in the Bay of Bengal, the at-sea portions of the drill include liaison officer professional exchanges and embarks, gunnery exercises, visit, board, search and seizure, surface action group operations, helicopter evolutions and underway replenishments.

The at-sea phase aims to boost the forces’ ability to coordinate, plan and execute tactical operations in a multinational environment.

In addition to advancing multinational maritime relationships and mutual security issues, the exercise will help advance the level of understanding between sailors.

"The at-sea phase aims to boost the forces’ ability to coordinate, plan and execute tactical operations in a multinational environment."

Image: sailors aboard USS McCampbell work together during exercise Malabar 2013. Photo: courtesy of US Navy.