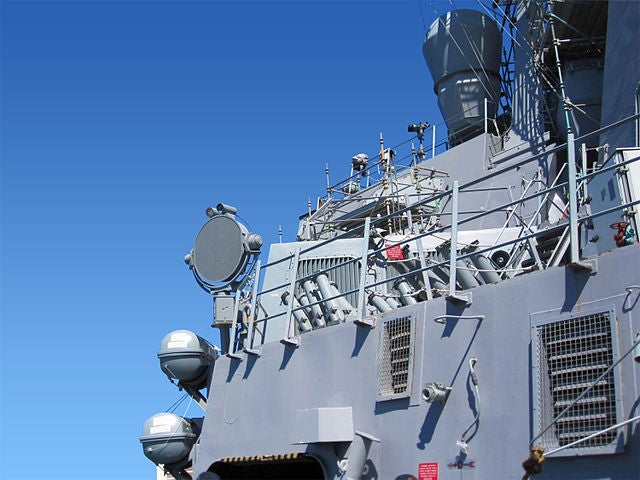 The US Navy has awarded a contract to LRAD to develop and deliver small, medium and large long-range acoustic devices (LRAD) and acoustic hailing devices (AHDs).

The small, medium and large AHDs will be used by the Anti-Terrorism/Force Protection Afloat Program Office as well as other departments of defence.

Operated by a simple, familiar, and standardised interface, the devices have been designed to broadcast authoritative and highly intelligible communication to warn and shape the behaviour of potential threats.

The LRAD systems can broadcast powerful deterrent tones, commands and instructions with unprecedented clarity and range at distances up to 3,500m while reducing the risk of exposing nearby personnel or peripheral bystanders to harmful audio levels.

Scheduled to be complete by June 2018, work under the contract will be carried out in San Diego, California, US, while the US Naval Surface Warfare Center will serve as the contracting activity.

Image: A LRAD system installed on to a US Navy ship. Photo: courtesy of Lradcorporation.