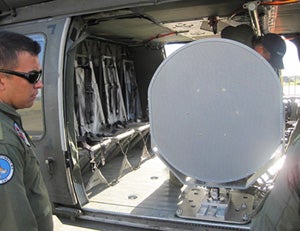 LRAD has been awarded a contract by the Colombian Navy to deliver 300X systems in support of its coastal defence patrol boats.

It follows a previous contract awarded to LRAD from the Colombian Air Force and Army, as well as police.

Under the most recent deal, the company will deliver LRAD 300X systems and support equipment for installation on the navy’s coastal defence patrol boats.

LRAD president and CEO Tom Brown said that the systems would help the navy broadcast warnings and critical information for vessels from safe and stand-off distances.

In order to improve response capabilities, the compact 300X generates approximately 100% intelligible voice transmission over 88dB of background noise, enabling the military to clearly communicate over distance on the ground for increased asset protection.

In 2011, the Columbian Air Force used a LRAD 1000X system on a Sikorsky UH-60 Blackhawk helicopter in the ‘Audacity and Will’ campaign.

The LRAD 1000X uses advanced sound reproduction technologies and innovative acoustic material over water or from the air.