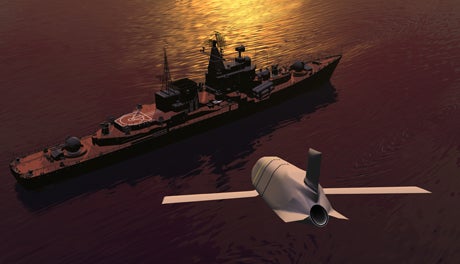 During the four consecutive tests, the simulated LRASM demonstrated its ability to break through the Mk41 canister's forward cover while protecting the composite structure, air data probe and coatings of the missile.

The push-through testing has marked a significant risk reduction milestone critical to demonstrating LRASM's surface launch capability and has been conducted as part of a Lockheed-funded shipboard integration effort to validate LRASM's offensive anti-surface warfare capability.

Lockheed Martin Missiles and Fire Control LRASM surface launch programme manager Scott Callaway said: "Lockheed Martin is investing in the shipboard integration of LRASM and we are confident it will meet all the requirements for the US Navy."

"Lockheed Martin is investing in the shipboard integration of LRASM and we are confident it will meet all the requirements for the US Navy."

Two versions of the LRASM including surface-launched and air-launched variants are being designed by Lockheed in co-operation with the US Defense Advanced Research Projects Agency (DARPA) and the US Office of Naval Research (ONR) to strike sea-based targets at significant standoff ranges.

Designed to meet the needs of US Navy and Air Force troops, the LRASM precision-guided anti-ship standoff missile is armed with penetrator and blast-fragmentation warhead and can cruise autonomously, day or night, in all weather conditions.

Lockheed's boosted test vehicle (BTV) version of LRASM is scheduled to undergo test flight from a MK 41VLS platform later in 2013, as well as in two government-funded controlled test vehicle flights in 2014.