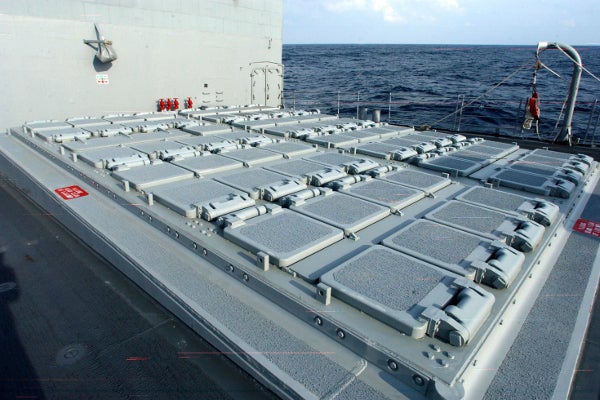 During the test, a prototype LRASM has been launched from B-1 aircraft and followed a pre-planned route towards the target over the Point Mugu test range off southern California.

The missile swapped from a pre-planned route to autonomous guidance, when approximately halfway to its target, and autonomously detected the moving unmanned 260ft mobile ship target (MST) and successfully hit it with an inert warhead.

DARPA LRASM programme manager Artie Mabbett said that the fully functional test has marked a significant step in providing next-generation anti-ship missile capability for the US Navy and US Air Force.

"This test is the culmination of the five-year development and integration of advanced sensors in an all-up-round (AUR) missile," Mabbett said.

Designed for both surface and air launch, the LRASM features sensors and systems to create a stealthy and survivable subsonic cruise missile.

Image: LRASM can be launched from the US Navy's Mk 41 vertical launch systems. Photo: file image.