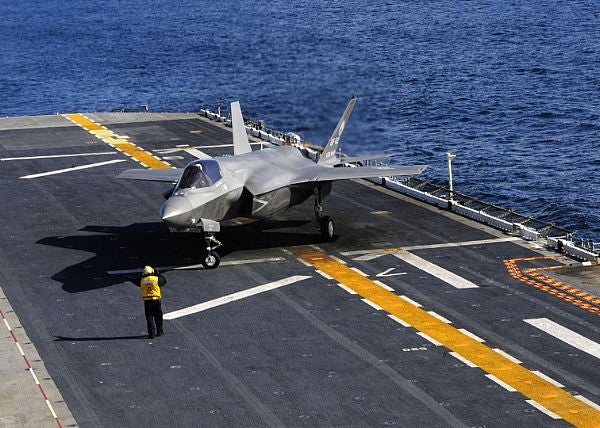 The sea trials, also known as developmental test two (DT-2), will be the second of three planned tests which have been designed to define and expand the shipboard operating envelope of the BF-1, a short take off and vertical landing (STOVL) variant of the F-35..

The US Marine Corps will declare the aircraft’s initial operating capability in 2015, following successfully completion of upcoming sea trials.

"The US Marine Corps will declare the aircraft’s initial operating capability in 2015."

The first shipboard testing phase for the USMC’s F-35B aircraft variant was successfully completed in October 2011.

In addition to replacing the marine corps’ AV-8B Harrier and F-18 Hornet aircraft, the other JSF variants will replace the air force’s existing F-16 Fighting Falcon and A-10 Thunderbolt II fleet, as well as the McDonnell Douglas F/A-18 Hornet aircraft for the navy.

Image: an F-35B aircraft lands aboard an aircraft carrier flight deck at sea. Photo: courtesy of US Navy.