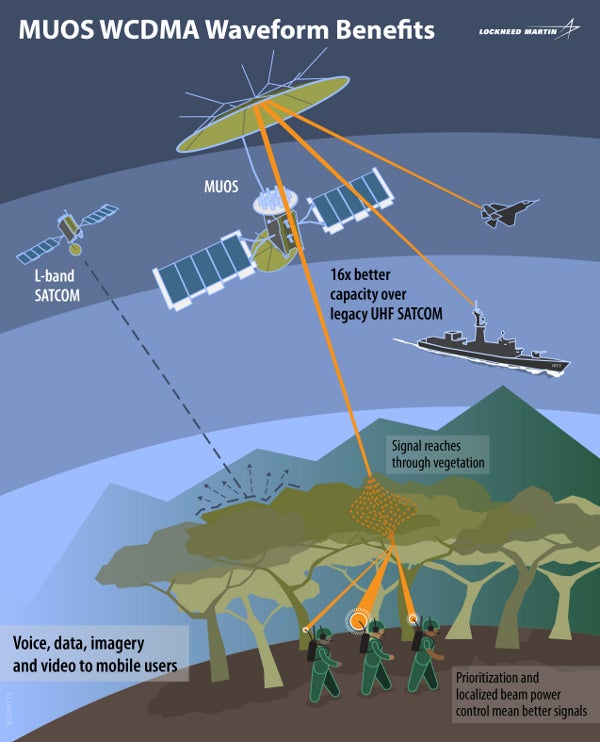 "Remote and mobile tactical users will be able to quickly and securely share video, data and voice communications critical to their safety and mission success."

Compatible with the current UHF follow-on system and legacy terminals, the MUOS satellite will provide remote and mobile users with improved communication capabilities such as simultaneous voice, video and data.

Launched in February 2012, the first MUOS satellite is currently operational with the US Navy following successful completion of in-orbit testing in July 2012, while the second MUOS satellite is scheduled to launch in July this year.

Full operational capability of the MUOS constellation is scheduled to be achieved in 2015 and will extend narrowband availability beyond 2025.