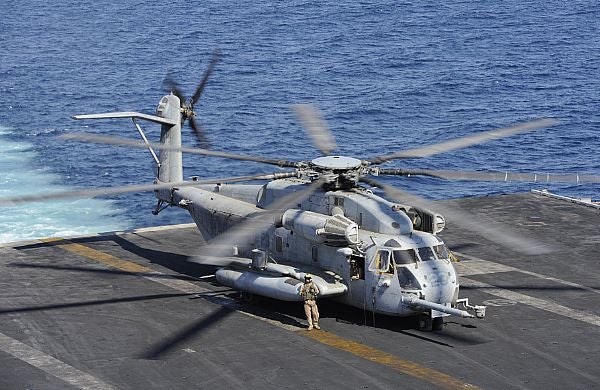 LifePort has been awarded a contract to develop and install critical systems armour (CSA) onboard the US Navy’s Sikorsky-manufactured CH-53E Super Stallion heavy-lift helicopters.

Under the contract, LifePort will install CSA on to the US Navy’s Super Stallion to reduce aircraft systems damage from hostile small arms fire and other threats during combat operations.

The mission-configurable assemblies of armour protective panels integrated on the aircraft, the CSA kits have been selected by the US Navy to reduce the threat of critical aircraft systems failure from hostile fire.

The Sikorsky CH-53 Super Stallion helicopter is used by the US Navy for vertical delivery and recovery of damaged aircraft on aircraft carriers while the US Marine Corps deploys the helicopter to support amphibious assault missions and for transporting heavy equipment.

"We are very proud to be an instrumental part of this critical component protection upgrade."

LifePort vice-president and general manager Noah Zuckerman said: "By the first quarter of 2014, US Navy aircraft will be equipped with LifePort’s armour systems, and we are very proud to be an instrumental part of this critical component protection upgrade."

Powered by three General Electric turbofan engines, the Super Stallion is armed with an ATK AN/AAR-47 missile warning system, chaff and flare dispensers as well as two 0.50-calibre machine guns mounted in the windows on the sides of the helicopter.

The contract was announced at the 2013 Annual Meeting and Exposition of the Association of the United States Army (AUSA) held in Washington DC, US.

Image: A US Navy’s CH-53E helicopter stationed aboard the aircraft carrier. Photo: courtesy of US Navy.