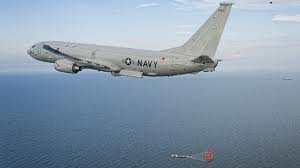 "U.S. Navy aviators and aircrew can feel confident that our system, which is based on many years of ejection release technology, will launch weapons safely and effectively during missions," Barber added.

The airborne weapons separation test was conducted to validate the effectiveness and safety of the ejection system, which will replace the use of traditional electro-explosive cartridges.

Design of the weapon ejection release system requires low routine maintenance, reduces life-cycle costs and eases the impact on the environment while providing precision and performance for military missions.

The weapon separation test follows the recent complete battery of ground-based and full qualification testing during the system’s development.

Ejection units testing will also be conducted to validate accuracy and weapon integration.

In August 2005, Exelis was awarded the initial system design and development contract from the US Navy, which is being carried out at company’s facility in Amityville, New York, US.

The P-8A Poseidon is a long-range anti-submarine warfare, anti-surface warfare, intelligence aircraft that is capable of conducting broad-area, maritime and littoral operations.