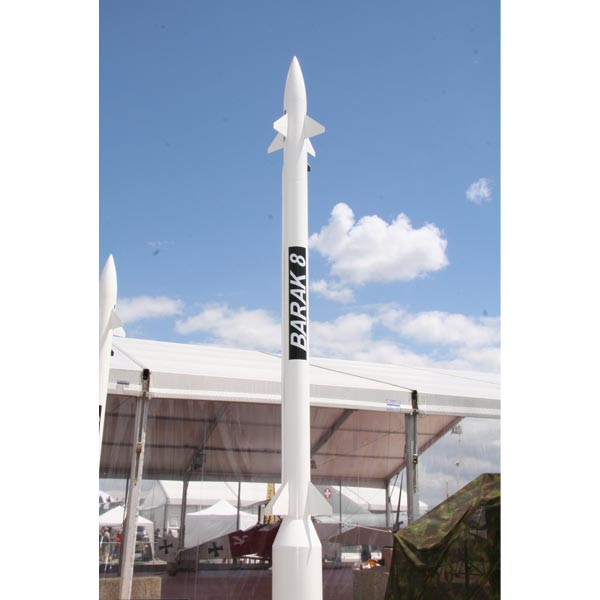 The Israel Navy has begun installation of Barak 8 medium-range surface-to-air missiles onto the Sa’ar 5-class corvettes, in an effort to protect the nation from the Syria’s Yakhont Russian anti-ship missiles.

The Barak 8 missile, jointly developed by Israel Aerospace Industries (IAI) and the Defence Research & Development Organisation (DRDO), will allow the ships to defend against an array of threats such as anti-ship missiles, manned aircraft, drones and supersonic cruise missiles, the Yisrael Hayom daily reports.

The safe carry-and-launch missile, which has a maximum range of 70km, can be used to intercept supersonic sea-skimming anti-ship missiles and high altitude targets.

Yisrael Hayom quoted an unidentified source as saying: "No ships in history have been capable of controlling vast expanses like the Israel Navy will be able to with the Barak 8."

Capable of accommodating a crew of 74, the Sa’ar 5-class vessels are armed with either a Raytheon/General Dynamics mk15 Phalanx close-in weapon system (CIWS) or a Oto Melara 76mm gun, as well as six 324mm mk32 torpedo tubes for ATK mk46 torpedoes.