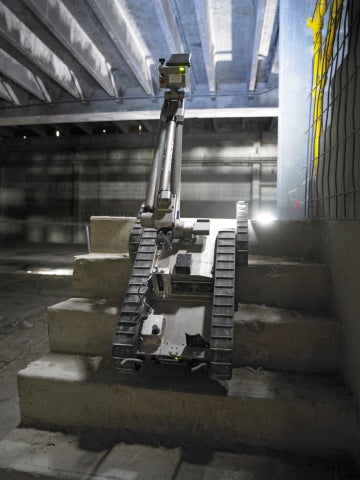 The cameras have been developed to provide greater situational awareness with enhanced fields of view and imaging in low-light environments.

"These upgrades will provide our troops with some of the most advanced, life-saving robotic technologies available today."

Developed after the iRobot 510 PackBot, the combat-proven MTRS MK1 Mod 1 robot has been designed to perform search, reconnaissance, bomb disposal and other missions, while safeguarding soldiers in the battlefield.

In addition to reducing the operator’s workload, the upgrade capabilities for the robot are expected to enhance operation speed, while allowing the operators to focus on mission success.

More than 4,500 robots have been delivered to military and civil defence forces by iRobot to support search, bomb disposal and other missions.

Deliveries under the contact are scheduled to be complete by November.