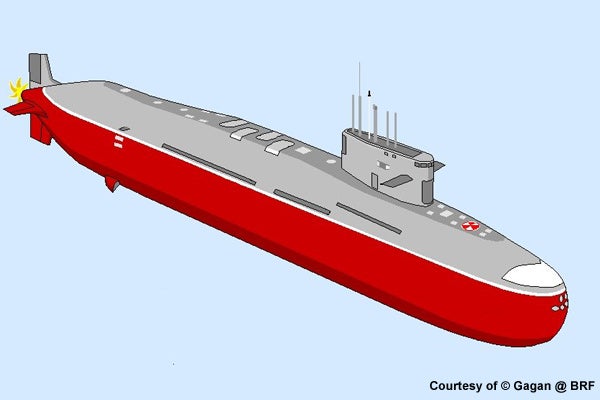 The Indian Navy has activated the miniature reactor onboard the first domestically-constructed nuclear submarine, INS Arihant, marking a step ahead in completing the nation’s nuclear weapons triad: the ability to fire nuclear-tipped missiles from land, air and sea.

"I am delighted to learn that the nuclear propulsion reactor on board INS Arihant, India’s first indigenous nuclear powered submarine, has now achieved criticality," Singh said.

With the reactor going critical now, INS Arihan is scheduled to undergo sea acceptance trial, which involves test firing of K-15 submarine-launched ballistic missiles prior to its commissioning.

The $2.9bn worth submarine has been jointly developed by the Indian Navy, BARC and defence research and development organisation (DRDO) in partnership with companies including Tata Group’s subsidiary Tata Power, and Larsen & Toubro (L&T), at the naval dockyard in Visakhapatnam, India.

Developed as part of the military modernisation programme, INA Arihant will be armed with a range of anti-ship and land-attack cruise missiles and torpedoes to boost the navy’s capability in providing nuclear weapons from all terrains.

The pressurised light-water reactor comprises a huge pressure hull, a tank containing water, a reactor and a pressure vessel built from unique steel, a control room and an auxiliary control room.