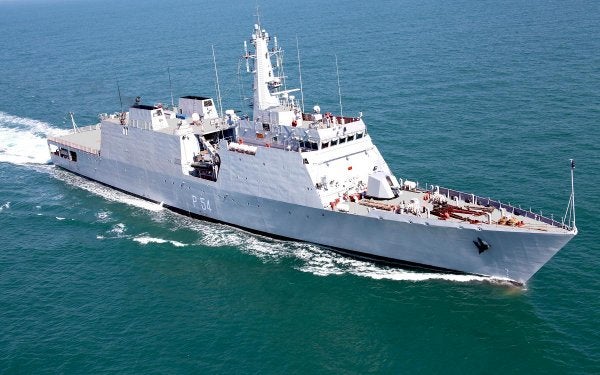 The 105m-long vessel has been designed to support missions including surveillance and surface warfare operations, to prevent infiltration and transgression of maritime sovereignty for the Indian Navy.

Capable of monitoring sea lines of communication, defence of offshore oil installations and other critical offshore national assets, the boat can be used for escorting high value ships and fleet support operations.

In addition to the latest navigational and early warning radars and integrated ESM system, the ship features a helicopter landing deck and hangar to enable the operation of an advanced light helicopter (ALH), as well as two rigid inflatable fast motor boats.

The first Saryu-class NOPV, INS Saryu from Goa shipyard was delivered and commissioned to the Indian Navy in December 2012 and January 2013 respectively.

INS Sumitra and INS Sumedha, the third and fourth ships of the class, are expected to be delivered to the navy over next two years, according to Shipbuilding Tribune.