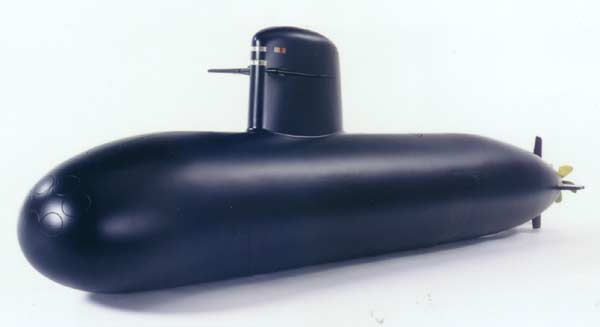 The Indian Navy’s first Scorpene-class submarine (SSK) will be launched by DCNS in 2014, as part of the technology transfer agreement between the two countries, French ambassador Francois Richier has announced.

Richier was quoted by Press Trust of India as saying: "The first submarine would be ready by 2014, heralding an important and strategic tie-up between both the nations on the defence front."

Delivery follows a contract that was awarded to DCNS in October 2005 to build six Scorpene-class submarines for the navy, under an Rs187.98bn ($4.16bn) programme called Project 75.

Under the contract, the submarines will be built at the Mazagon dockyard in Mumbai, India, while DCN and Thales will provide technical assistance and equipment.

Powered by two diesel generation sets, the 1,750t Scorpene-class vessels will be equipped with a sonar suite, which includes a long-range passive cylindrical array, an intercept sonar, active sonar, distributed array, flank array, a high-resolution sonar for mine and obstacle avoidance and a towed array.

Data, insights and analysis delivered to you View all newsletters By the Naval Technology team Sign up to our newsletters
"The first submarine would be ready by 2014, heralding an important and strategic tie-up between both the nations on the defence front."

An unidentified senior French naval officer told the news agency that the Scorpene submarines are expected to boost the Indian Navy’s capabilities to perform missions at sea.

Capable of accommodating a crew of 31, the boats will support missions such as anti-surface warfare, anti-submarine warfare, special operations, intelligence gathering, offensive minelaying, area surveillance and blockade and land strikes against land-based targets.

Armed with SM-39 Exocet anti-ship missiles, the 67m-long submarines can dive up to a depth of 300m, require minimum manning and help reduce lifecycle costs.

Deliveries of the remaining five submarines will be completed by 2018, according to Richier.