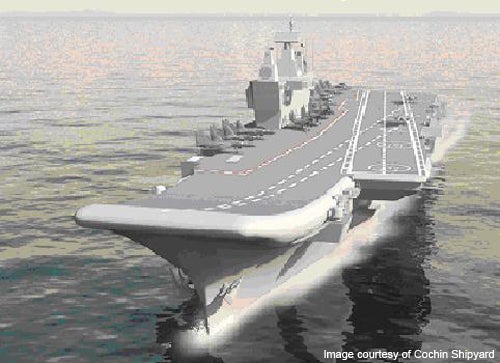 Currently, the Indian Navy is evaluating the EMALS programme for its 65,000t INS Vishal, which is still only a concept, while General Atomics recently briefed on the EMALS to the navy admirals.

A senior Indian Naval planner was quoted by Business Standard as saying that the INS Vishal may also feature a catapult assisted takeoff but arrested recovery (CATOBAR) system to support larger and diverse aircraft launch and recover missions.

The first ship of the class, INS Vikrant, currently under construction, features a short takeoff but arrested recovery (STOBAR) system.

BAE Systems to deliver additional ACVs to US Marine Corps

During the meeting, General Atomics stated that the EMALS ships can support launch operations even in still conditions, while STOBAR aircraft carriers should maintain a speed of 20k-30k to generate wind-over-deck to support the mission.

An admiral said that the CATOBAR offers more options such as supporting operations of heavier fighters, AEW aircraft and, crucially, unmanned combat air vehicles (UCAVs), when compared with STOBAR systems.

"We could greatly expand our mission envelope with UCAVs, using the pilotless aircraft for high-risk reconnaissance and suppression of enemy air defences."

A naval planner said: "We could greatly expand our mission envelope with UCAVs, using the pilotless aircraft for high-risk reconnaissance and SEAD (suppression of enemy air defences)."

Armed with close-in weapon system and OTO Melera 76mm Super Rapid guns, INS Vikrant and INS Vishal are expected to be delivered to the navy by 2017 and early 2020s respectively.