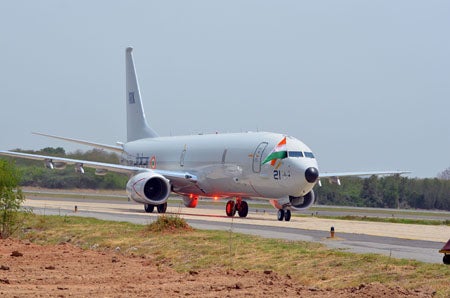 The delivery stems from a previous contract awarded to the company in January 2009 by the Indian Navy to deliver a total of eight P-8I maritime patrol aircraft, a variant of the P-8A Poseidon aircraft.

Based on Boeing’s Next-Generation 737-800 aircraft, the P-8I features advanced sensor and display technologies, as well as open system architecture and a worldwide base of suppliers, parts and support equipment.

"The delivery stems from a previous contract awarded to the company in January 2009 by the Indian Navy."

Capable of flying at a maximum speed of 789kmph, the aircraft has a maximum range of 2,222km and can reach a maximum altitude of 12,496m while accommodating a crew of nine.

India is expected to receive two more P-8I aircraft by the end of 2013 to replace its ageing fleet of Tupolev Tu-142M maritime surveillance turboprop aircraft.