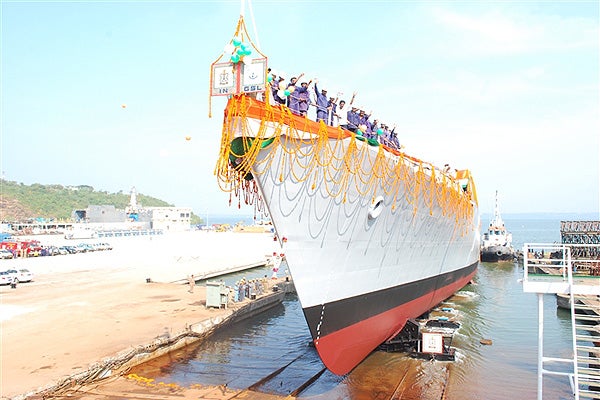 The 105m-long Goa shipyard-built vessel will support missions including surveillance and surface warfare operations, to prevent infiltration and transgression of maritime sovereignty for the Indian Navy.

The ship features a helicopter landing deck and hangar to enable the operation of an advanced light helicopter (ALH), as well as two rigid inflatable fast motor boats.

The 2,300t Saryu-class ships can cruise at speeds in excess of 25k, with a range of 6,000nm and can accommodate a crew of eight officers and 108 sailors.

The first Saryu-class NOPV, INS Saryu from Goa shipyard was delivered to the Indian Navy in December 2012 and was commissioned in January 2013.

INS Sumedha and INS Sumitra, the third and fourth ships of the class, were launched in May 2011 and December 2010 respectively.