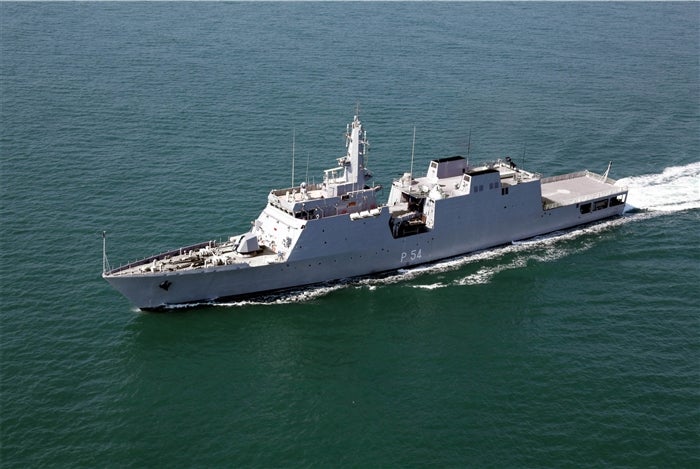 The 105m-long vessel is intended to help the navy meet growing needs of ocean surveillance capabilities around the Andaman and Nicobar Islands.

"It will patrol the exclusive economic zone around the islands as it has a capacity to be offshore for a month on its own."

Indian Navy Andaman and Nicobar Command commander in chief, air marshal PK Roy told the Press Trust of India: "It will patrol the exclusive economic zone around the islands as it has a capacity to be offshore for a month on its own."

Designed to conduct surface warfare missions to prevent infiltration and violation of maritime sovereignty, the NOPV can monitor sea lines of communication, as well as protect offshore oil installations and other critical offshore national assets.

Additional features of the ships include a helicopter landing deck and hangar to enable operation of the advanced light helicopter (ALH), as well as two rigid inflatable fast motor boats.

The second ship of the class, INS Sunayna, is scheduled to be delivered to the Indian Navy in May 2013, while the remaining two ships, INS Sumitra and INS Sumedha will be handed over within the next 18 months.