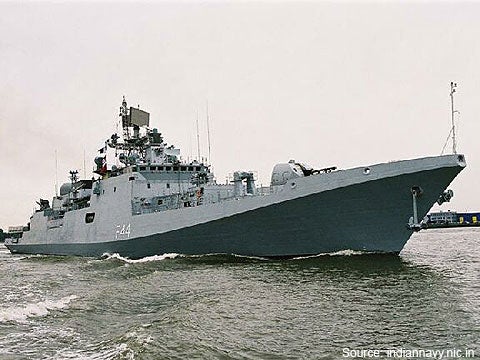 The 126m-long ships equipped with anti-submarine weapons including torpedoes and rockets and an advanced electronic warfare system, can cruise at a maximum speed of 30k and can accommodate a crew of 313.

"The three additional frigates will be deployed with existing warships in the same class to support Indian Navy operations."

Capable of carrying an integrated Kamov 31 helicopter for airborne early warning roles, the ships of the class feature reduced signatures for radar, magnetic and acoustic.

INS Teg and INS Tarkash, the first and second ships of the class, were commissioned in 2012 and are currently deployed with the Indian Navy as part of the Western Fleet.