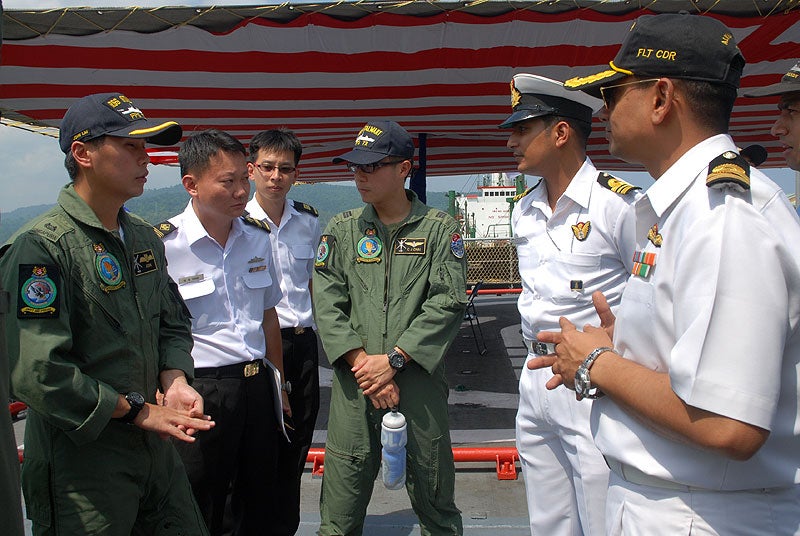 The Indian Navy and the Republic of Singapore Navy (RSN) have completed an annual joint naval exercise, codenamed Singapore-Indian Maritime Bilateral Exercise (SIMBEX) 2012, off the Andaman and Nicobar Islands and in the Bay of Bengal.

The sea phase of SIMBEX 2012 was held from 21 March to 01 April 2012 and involved participation from naval and air assets from both the countries.

The Indian Navy’s destroyer, a corvette, a replenishment tanker, two fast attack crafts, a frigate and a submarine participated alongside a RSN frigate and a missile corvette in the exercise.

The exercise also involved maritime patrol aircraft and naval helicopters from both RSN and the Indian Navy to conduct air surveillance and simulated aerial attacks.

Hosted by India, SIMBEX 2012 is the 19th in the series of bilateral exercises that have been held between both nations since 1994.

Image: RSN and Indian Navy sailors interacting with each other during a cross-deck visit. Photo: MINDEF.