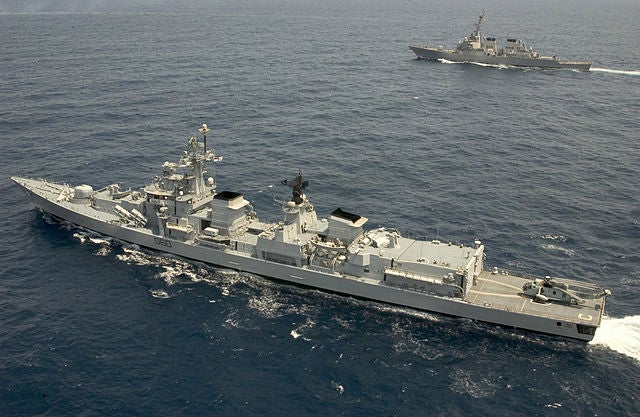 The Indian Navy and the Royal Omani Navy have launched the ninth edition of the bilateral exercise, known as Naseem Al Bahr 2013, off Oman in the North Arabian Sea.

The vessels will operate under the command of the Flag Officer Commanding Western Fleet Rear Admiral Anil Kumar Chawla.

"The Indian and Oman governments formally established a 1953 Indo-Oman Treaty of friendship, navigation and commerce."

The exercise has been designed to boost interoperability and mutual benefit from the experiences of both the navies. Earlier, the Indian and Oman governments formally established a 1953 Indo-Oman Treaty of friendship, navigation and commerce.

Since then, the allied nations have entered a memorandum of understanding on Defence Cooperation in December 2005 as well as subsequent establishment of the Joint Military Cooperation in Mar 2006 to enhance defence cooperation.

Steady progress has been taking place through naval cooperation between the countries with enhanced port visits by naval ships and training of RNO personnel by the Indian Navy in hydrography, diving, training management, logistics management and dockyard management.