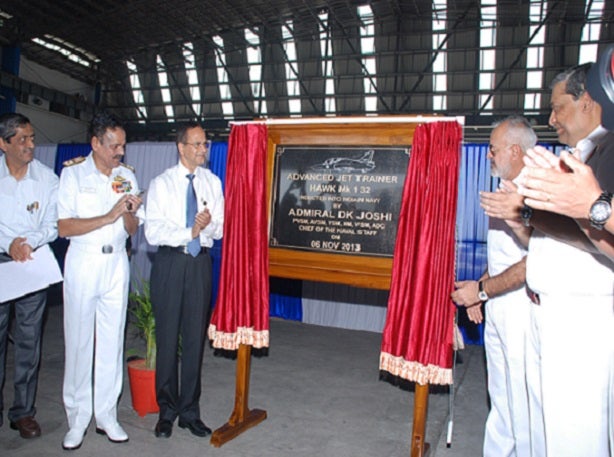 Naval chief of staff, Admiral D K Joshi, said: "We are proud of Indian manufactured products and it is evident from the fact that HAL made aircraft such as Vampire and Kirans are with us for decades."

HAL is scheduled to deliver the first five AJT aircraft to the Indian Navy in the current fiscal, followed by remaining aircraft in next three years.

"The AJT can be flown at night and can carry out a wide range of aerobatic manoeuvres."

Powered by a single Rolls Royce Adour Mk.871 engine, the Hawk dual-seat multi-purpose aircraft has been designed for basic and advanced weapons pilot training, as well as for ground attack and flying training.

Capable of using as a ground attack aircraft or for air defence, the AJT can be flown at night and can carry out a wide range of aerobatic manoeuvres.

The dual seat multi-purpose aircraft will also provide most efficient and cost-effective method of training pilots by integrating air and ground based elements.

Cleared for instrument (IFR) flying and for solo instrument flying from the front cockpit only, the Hawk aircraft features low wings and an all-metal structure, an integrated navigation / attack system and radio and inertial navigation systems.