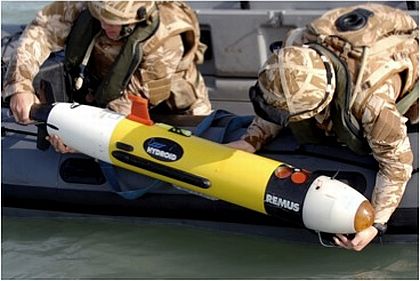 A formal request for quote (RFQ) will be issued by NUWC officials to Hydroid on 1 May.

NUWC researchers will deploy the REMUS 100 platform to support ongoing development and testing, while complementing the existing REMUS systems, which were procured to support a variety of programme efforts, NUWC officials said.

Powered by a direct-drive DC brushless motor and an open three-bladed propeller, the REMUS 100 UUV uses Doppler-assisted dead reckoning, inertial navigation system and GPS to cruise at a top speed of 4.5k.

Weighing 85lb, the 5ft-long vehicle can operate and conduct missions at depths of 328ft for eight to ten hours.

The man-portable REMUS 100 can support missions such as mine countermeasures, harbour security, debris field mapping, search and salvage operations, hydrographic surveys, environmental monitoring, and fishery operations, as well as scientific sampling and mapping.

“The 5ft-long vehicle can operate and conduct missions at depths of 328ft for eight to ten hours."

In addition to performing intricate sonar and oceanographic surveys over large areas, the unmanned platform can be used for marine research, defence, hydrographic and offshore energy applications.

The REMUS 100 UUVs may also be deployed in exercises, which require a vehicle that cruises at a speed of 4k for up to ten hours.

NUWC is the US Navy’s primary research and engineering centre for underwater and submarine warfare.