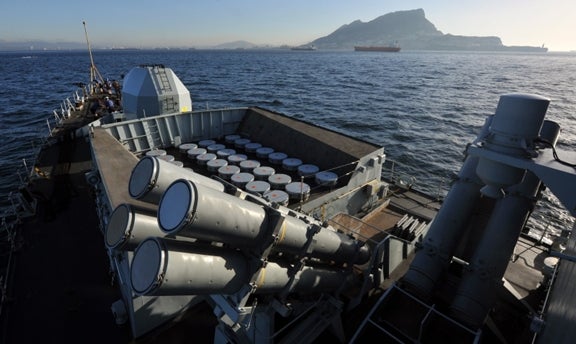 The gunnery trials were carried out as part of naval gunfire support exercises under the guidance of the British Army's 148 Battery Royal Artillery, which served as specialist observers to validate the ship's weapon system capabilities.

During the trials, HMS Sutherland test-fired up to 200 rounds a minute from its automatic set 30mm cannon, with each round travelling at about 3,500ft a second and reached a maximum range of 5km.

The vessel also fired its main 114mm gun, with shells travelling at a speed of 1,705mph, reaching a greater range of about 12km.

“HMS Sutherland test-fired up to 200 rounds a minute from its automatic set 30mm cannon."

Powered by a diesel-electric and gas (CODLAG) system, Sutherland is also integrated with countermeasures systems, such as four Sea Gnat (Outfit DLB) decoys and a Type 182 towed torpedo decoy.

During its deployment, known as 'Operation KIPION', HMS Sutherland will take over the role of HMS Westminster to support counter-piracy operations, as well as surveillance for counter-drug, people and weapon trafficking within the areas of Indian Ocean, the Gulf of Oman and the Gulf.

Image: HMS Sutherland gunnery during its exercise at Gibraltar. Photo: courtesy of the UK Royal Navy.