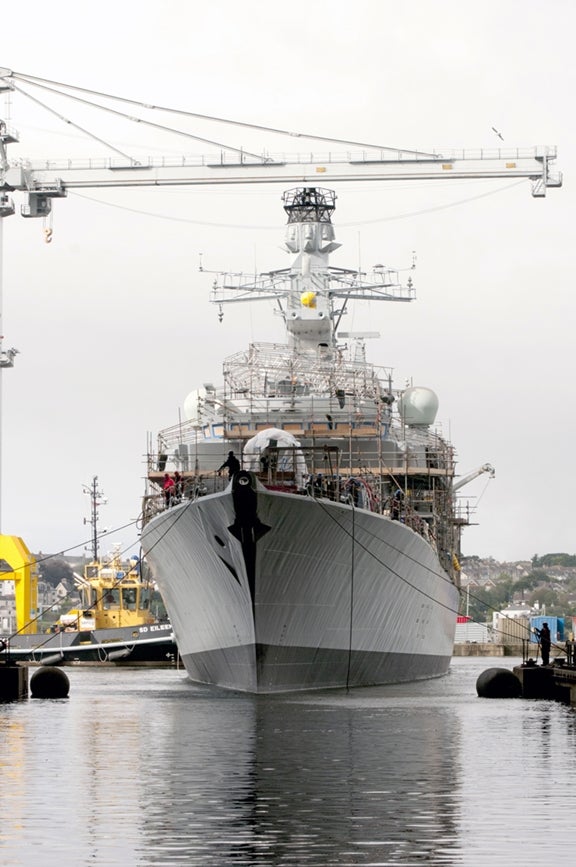 "The ship now has increased capability to meet the needs of an adaptable Royal Navy and is ready to return to the active fleet."

Upgrades include new DNA(2) command system, which is central to the ship's capabilities against air, surface and underwater threats, integrated weapons and integrated sonar and radar system.

Installation of the defence information infrastructure (DII), the SeaWolf midlife upgrade (SWMLU) with tracking, guidance and weapon management updates to counter evolving anti-ship missile threats, were among the other upgrades provided to the frigate.

An upgraded high-pressure air system and underwater inlets and outlets modifications are among the mechanical upgrades on HMS Somerset.

As part of the refit, a deep maintenance programme was also carried out that includes overhaul of valves, generators, rudders, propellers and shafts, the helicopter handling system, refrigeration and fresh water systems on the vessel.

HMS Somerset's commanding officer, commander Mike Smith said: "The ship now has increased capability to meet the needs of an adaptable Royal Navy and is ready to return to the active fleet."

Scheduled to complete eight weeks of sea trials off the UK south coast, the guided-missile frigate will then rejoin the Royal fleet for active service deployment.