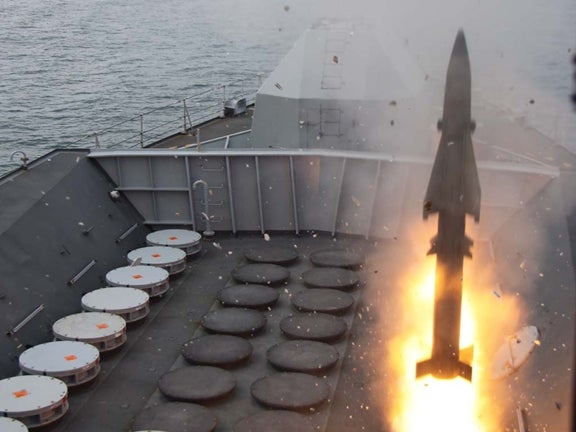 During the trials, HMS Richmond has successfully launched two Seawolf surface-to-air missiles to hit the designated targets, and validated its capability.

The weapon engineer officer responsible for the provision of the missile system lieutenant commander Mark Quinn said that the trials ensured that Seawolf was ready to be delivered.

"The system, operators and maintainers all performed in unison to deliver devastating effect," Quinn added.

"The system, operators and maintainers all performed in unison to devastating effect."

Featuring command to line of sight (CLOS) guidance and radar and electro-optic tracking capabilities, the Seawolf missile has been designed to destroy a target the size of a cricket ball, travelling at three times the speed of sound at a range of 6km.

Capable of accommodating a crew of 185, the 133m-long Duke-class frigates have been designed to provide anti-submarine warfare (ASW) and anti-surface warfare (ASuW) capabilities.

HMS Richmond is currently preparing to participate in multi-national exercise Joint Warrior 2013, scheduled to be held next month off the coast of Scotland.