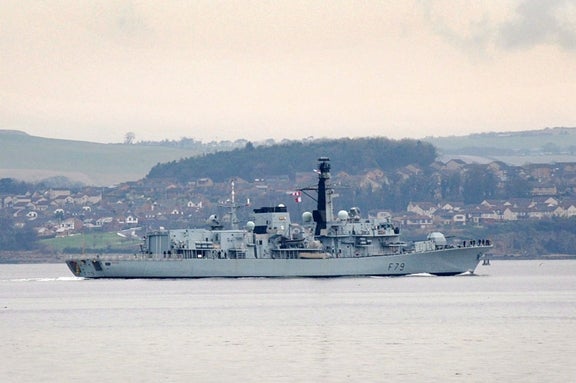 During the 50-week refit programme, the frigate was installed with Sonar 2087, a tactical, variable depth, active and passive anti-submarine warfare system, and also involved significant structural modifications to the ship’s aft end.

In addition to the new DNA (2) command system to enhance its fighting capability against air, surface and underwater threats, the frigate is equipped with defence information infrastructure (Future) (DII(F)) to enable information sharing.

"Type 23 frigates are the backbone of the RN’s global operations. HMS Portland now has a much enhanced capability and will play a vital role in protecting our nation’s interests."

Capable of cruising at speeds of 30.8k, HMS Portland has also undergone structural repairs, and maintenance of all systems and equipment, including renewal of the hull coatings.

The MoD Frigates & MCM team leader captain Jonathan Fry said: "Type 23 frigates are the backbone of the RN’s global operations. HMS Portland now has a much enhanced capability and will play a vital role in protecting our nation’s interests."

The 133m-long and 4,900t ship is scheduled to enter service with the Royal Navy in early spring of 2013, following a three-month sea trial period.

Image: HMS Portland heading back to its base port of Plymouth. Photo: courtesy of Royal Navy.