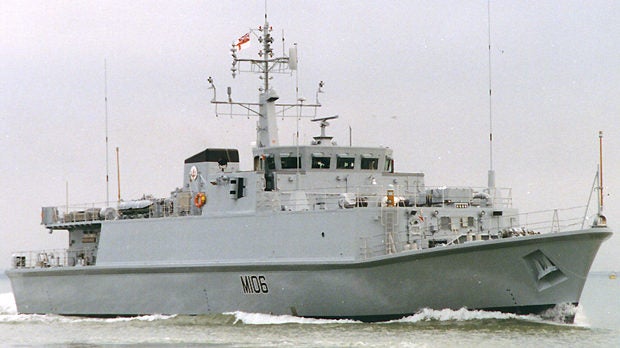 The SSSA is an agreement between the UK Ministry of Defence (MoD), Babcock and BAE Systems.

Babcock Warships managing director Mike Whalley said "Penzance is the second Sandown class to undergo a support period under the full COM arrangements, and has benefited from the knowledge and experience gained by the COM team from HMS Grimsby (the first under COM), and previous successful Sandown class support periods."

Upgrades to the 52.69m-long vessel involves replacement of the entire fire detection system, integration of response to attack on ammunition (RATTAM) arrangements, as well as high-pressure air system to extend system life, cost and space benefits.

"Penzance is the second Sandown class to undergo a support period under the full COM arrangements, and has benefited from the knowledge and experience gained by the COM team from HMS Grimsby."

In addition to Chloropac installation to combat marine growth in sea inlets, the ship is equipped with defence information infrastructure (DII) to enable information sharing and collaborative working.

Additional upgrades include ballast re-siting to compensate for weight changes as a result of other work performed, a galley upgrade package and other enhancements.

HMS Penzance has also been provided with substantial maintenance package, which include outer bottom and selected upper decks represervation, as well as slow speed drive alignment checks and adjustment.

Featuring very low magnetic and acoustic signatures, Sandown-class vessels are armed with an Oerlikon 30mm gun with a range of up to 10km and two ML Aviation Barricade lightweight decoy launchers to launch infrared decoys and chaff.

Vosper Thornycroft-built HMS Penzance is scheduled to returning to the Fleet later in June 2013 following completion of sea trials.