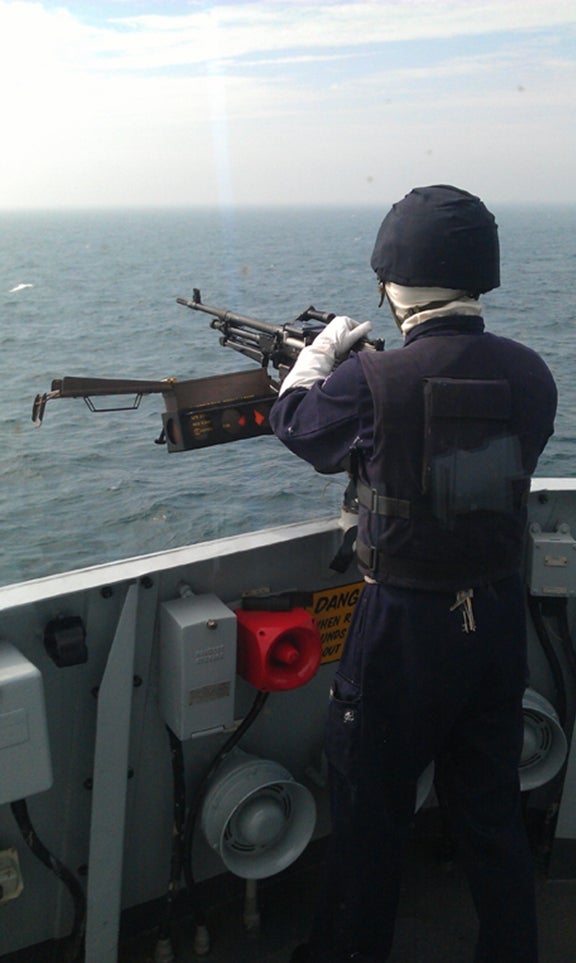 The UK Royal Navy’s type 23 Duke-class ship HMS Iron Duke (F234) has successfully test fired a number of weapons systems, as part of sea trials off the coast of Hampshire and Dorset.

The sea trials follow the successful completion of a 16-month modernisation programme and aim to ensure the ship and its crew are ready for operational deployment in 2014, while dealing with internal emergencies safely and swiftly.

During the trials, the ship successfully fired 7.62mm rounds from the general purpose machine guns and mini-guns as well as tested the crew’s ability to defend the ship and demonstrate diplomacy.

In addition to demonstrating various sensor and weapons systems, the ship fired the torpedo system including testing the firing system from the operations room and in local control to ensure its ability to defend against a submarine threat.

"The ship successfully fired 7.62mm rounds from the general purpose machine guns as well as tested the crew’s ability to defend the ship."

Iron Duke’s commanding officer, Tom Tredray said: "These preparations will build towards being ready to deploy next year with a well-trained and capable fighting team."

Capable of accommodating a crew of 185, the 133m-long Duke-class vessels are armed with vertical-launched Seawolf point missile defence system and the Boeing Harpoon surface-to-surface missile to provide anti-submarine warfare and anti-surface warfare capabilities.