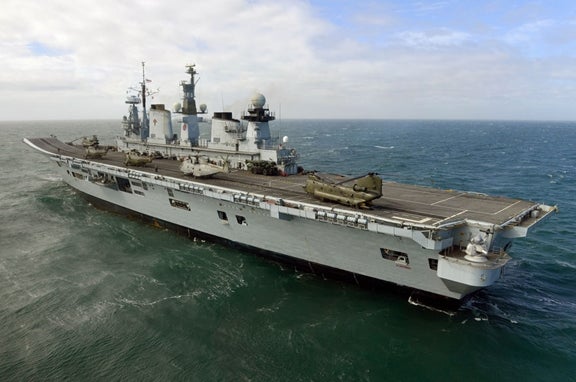 During the trials, the PRIME tool validated its email management capabilities and bandwidth onboard the Royal Navy’s Invincible-class aircraft carrier HMS Illustrious (R06).

Crew used the PRIME tool to look at all unread emails at the onshore hosting unit onboard HMS Illustrious and identified priority traffic through a number of profiles.

"The onboard email management tool also enables users to determine what messages they access over the network prior to download."

Run by Navy Command, DE&S and the Defence Information Infrastructure (DII) equipment manufacturer, the project has been designed to seek and analyse potential enhancements to the vessel-to-shore, shore-to-vessel bandwidth, which has capacity limited for ships and submarines.

Developed to maximise network availability and prioritise email communications received, the onboard email management tool also enables users to determine what messages they access over the network prior to download, while ensuring efficient usage of bandwidth.

QinetiQ Maritime Systems head Stuart Hider said: "The information management software that Royal Navy Command tested is one of a number of bespoke software tools that we have developed in support of our extensive range of command information systems services that we deliver to the global defence and emergency services market."

Scheduled to be decommissioned in 2014, HMS Illustrious will be replaced by the Queen Elizabeth-class aircraft carriers.