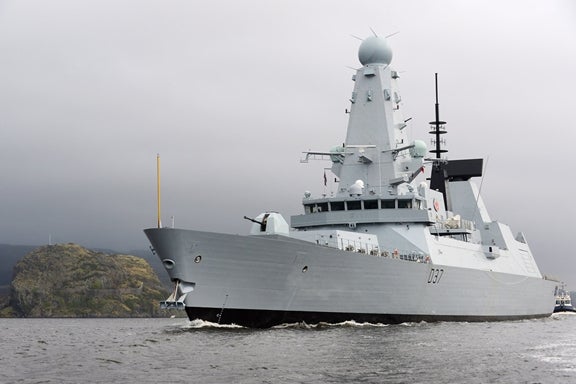 During the three-week sea trials, the frigate successfully validated its combat systems and communications equipment capability and is scheduled to undergo final fit out and tests.

The ship also validated its long-range radar that is fitted on the top of the hangar and Sampson multi function radar, which form the key components of the computer systems behind the ship’s main weapon, Sea Viper missiles.

HMS Duncan did not demonstrate its main armament and the purpose of the entire Type 45 programme, as well as conduct live test firings of the anti-aircraft missile against a drone target.

"HMS Duncan has again demonstrated her outstanding capability, this time from a combat systems perspective."

Planned to be based in Portsmouth, UK, HMS Duncan will conduct anti-piracy and anti-smuggling activities, disaster relief work and surveillance operations, as well as high-intensity combat missions for the Royal Navy.

The Type 45 destroyers have been designed to replace the Type 42 frigates, currently in service and deployed by the navy since the mid-1970s.

HMS Dragon (D35), the fourth destroyer, was commissioned into the frontline fleet earlier this year; while the fifth, HMS Defender (D36), is due to be operational in early 2013.