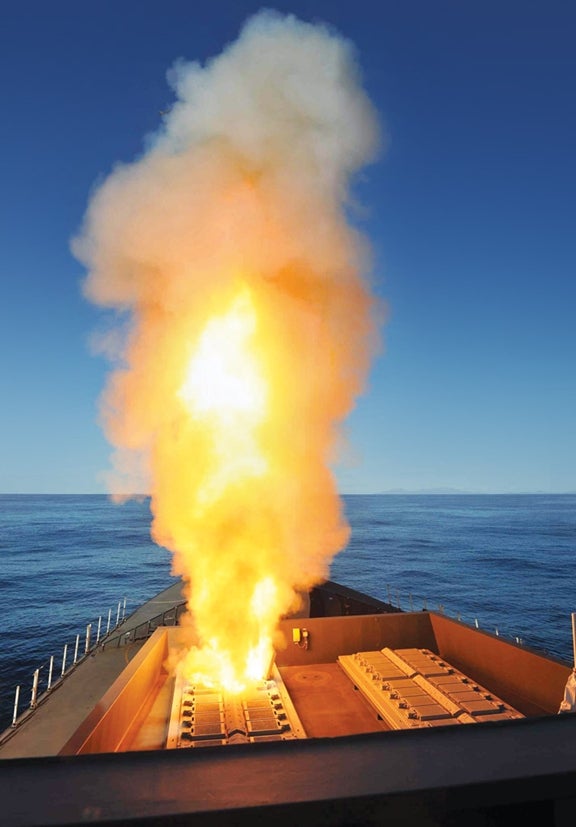 The UK Royal Navy’s third Type 45 Daring class anti-air warfare destroyer, HMS Diamond (D34), has completed its main armament test firing on a range off the Outer Hebrides, Scotland, and is now ready for deployment into the fleet.

During the test firing, the frigate launched the Sea Viper missile and hit the target, a Mirach drone successfully. It is 13ft and flies from altitudes as low as 10ft or as high as 40,000ft, at maximum speeds of 600mph for up to 90 minutes.

The Sea Viper system comprises Aster Munitions, the Sylver vertical launcher system with a silo, MBDA’s command and control equipment and software, in addition to the Sampson multifunction radar.

It is designed to perform a wide range of missions including supporting land forces, and humanitarian and anti-smuggling roles, and is capable of operating a range of helicopters from its flight deck.

The destroyer follows sister ships HMS Daring and HMS Dauntless in joining the fleet, leaving Defender and Duncan to follow, with both expected to become operational by late 2012 and early 2013 respectively.

HMS Dragon (D35), the fourth destroyer, was formally commissioned into the front-line fleet recently. HMS Dauntless is currently operational in the South Atlantic, while first-in-class HMS Daring has been deployed to the Persian Gulf.

The fleet of Type 45 destroyers are set to replace the Type 42 frigates, which have been in service with the navy since mid-1970s.